This is an artist’s book to really enjoy, featuring the graphics Salvador Dalí produced to illustrate Los Cantos de Maldoror by Comte de Lautréamont, a crucial work that was considered emblematic by the avant-garde movement of surrealism. The poetic prose of Los Cantos evokes an imaginary, dreamlike world that Dalí used to present some of his most characteristic icons and figures, and which he would repeat in future works.

ARTIKA, in conjunction with the Gala-Salvador Dalí Foundation, has produced this inimitable gem of a limited edition, published in the form of 2,998 numbered copies.

Our journey into Dalí’s world is symbolised by the impressive beech wood box that resembles an old-fashioned travelling suitcase; it is also a homage to the two geniuses covered in this work, both of whom were travellers during their whole lives. The box’s red silk interior contains all the different elements, protected by an oxidised iron plate, and which announce that our journey into surrealism is about to begin.

The reproductions of Dalí’s 42 illustrations are published in six spectacular notebooks, one for each of the Cantos. Meanwhile, in what is both a knowing nod to surrealism and a labyrinthine exercise, the text plays with different colours and infinite lines.

The Study Book will prove indispensable for anyone wishing to understand the world of Dalí and his fellow-travellers. The volume is comprised of contributions from specialists in each particular field who attempt to answer all the disturbing questions raised by the work.

And by way of a finale, the work includes a folder that contains previously unpublished facsimile reproductions of 11 preparatory drawings and four proof etchings of one of the engravings, all of which will help the reader to comprehend the painstaking process used by the artist. 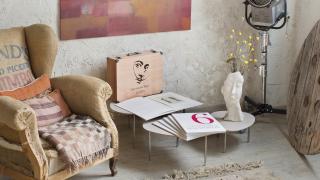 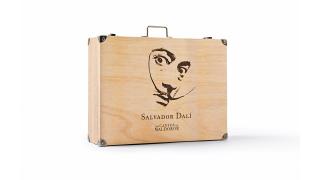 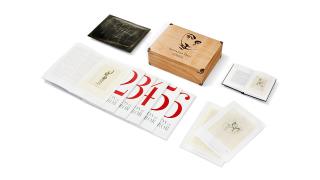 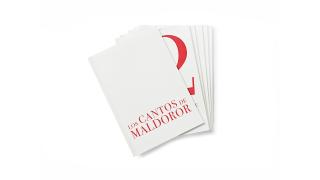 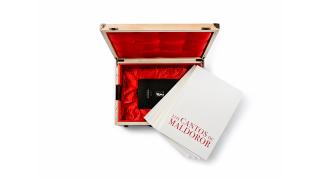 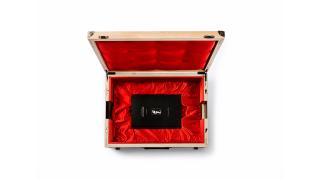 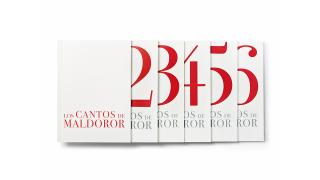 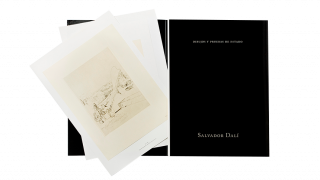 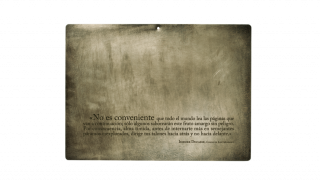 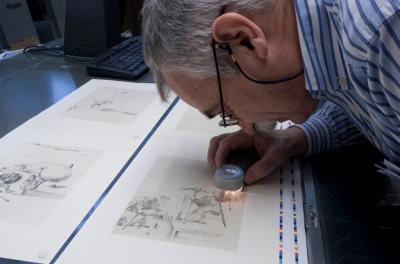 Technical experts analyse, adjust and correct the proofs, to help them to adjust the definitive printing plates 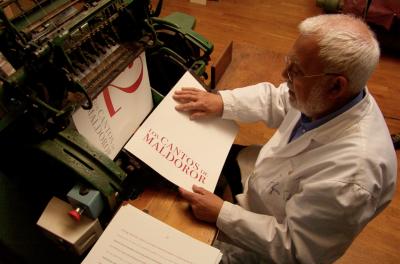 The six notebooks that comprise the volume are hand-sewn, using a semi-manual machine and high-quality cotton thread. 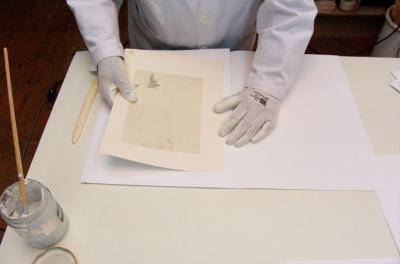 Printed in five colours using the stochastic screening technique, the prints are fixed by hand with three drops of glue. 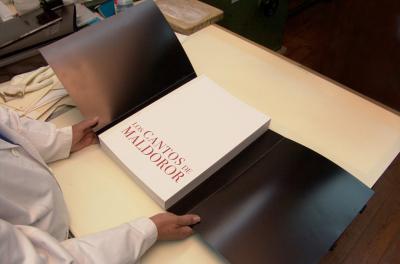 After the pages have been sewn and cut by hand, they are numbered and protected in a thick folder. 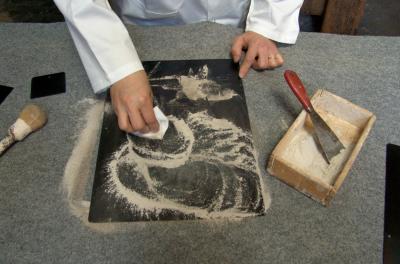 The books are protected in the box by an iron plate that has been slightly oxidised and hand-polished with pumice stone powder. 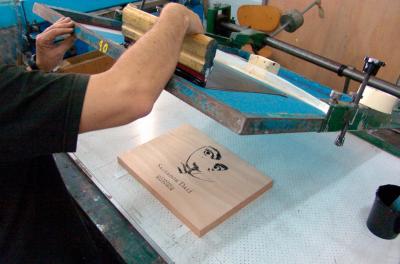 A drawing of Dalí’s face taken from a photograph is screen-printed by hand on the top of the suitcase. 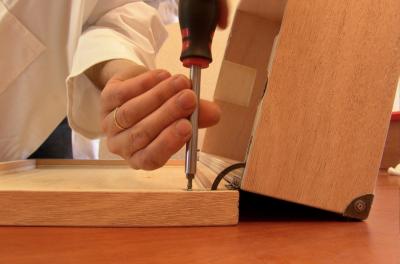 The cabinetmaker painstakingly assembles each suitcase, made from aged beech wood. After that, the metal fittings are added. 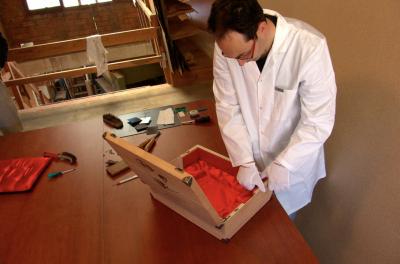 The upholsterer gives the final touches to the case by quilting its inside cover and adding a red silk lining to the insert that holds the book. 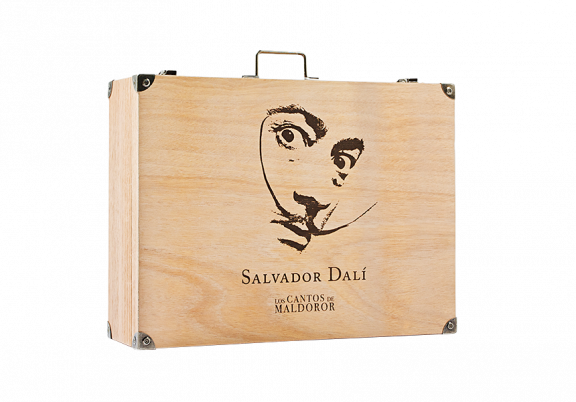 Beech box made and aged by hand 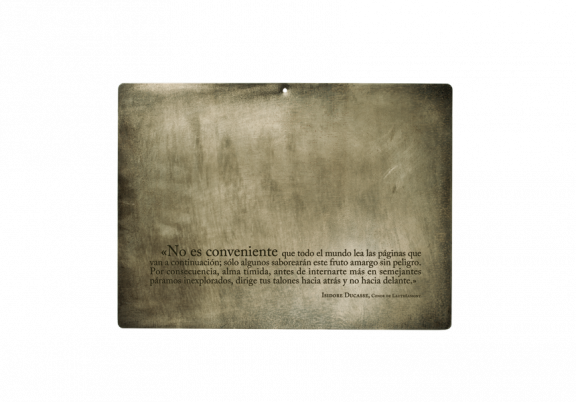 At the bottom of the plate, a screen-printed quote by the Count of Lautréamont, taken from the First Canto 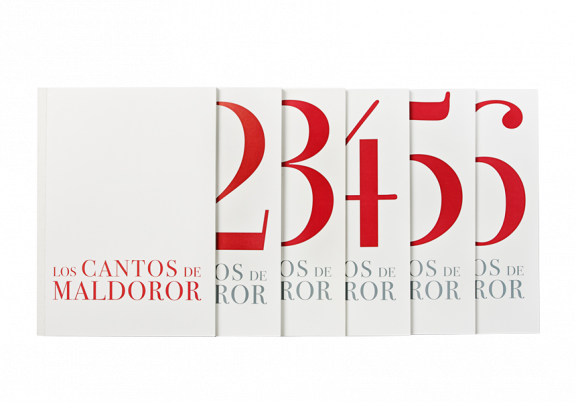 6 separate notebooks with a total of 360 pages 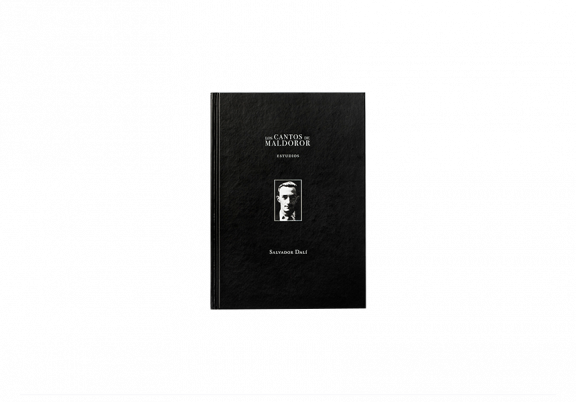 Bound in hardback with straight spine 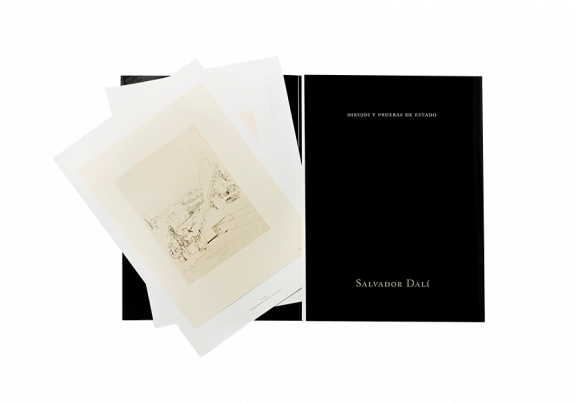 Folder of Preparatory Drawings and Proofs

Folder made of glossy black plastic-coated poster board 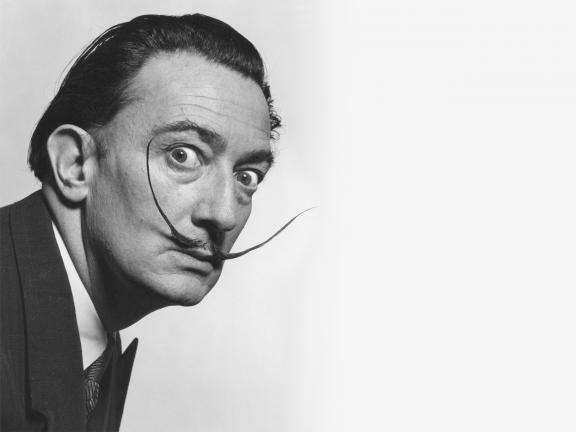 (1904-1989) Dalí, the great multidisciplinary artist of the 20th century and of surrealism, is best known for his stunning dreamlike images, which already gained renown and popularity during the artist’s life. Being an extremely independent, imaginative artist, he always showed a distinct tendency toward rather outlandish behaviour. At the Students’ Residence, he made friends with the great poet Federico García Lorca and the filmmaker Luis Buñuel. At the presentation of Buñuel’s film “Un perro andaluz”, he met Gala, who would become his wife and his muse, a key figure in his artistic creation. 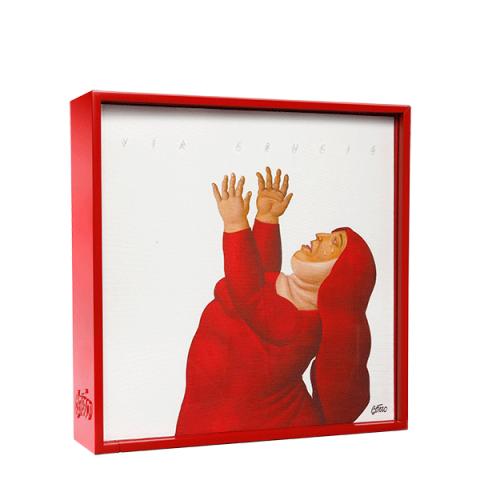 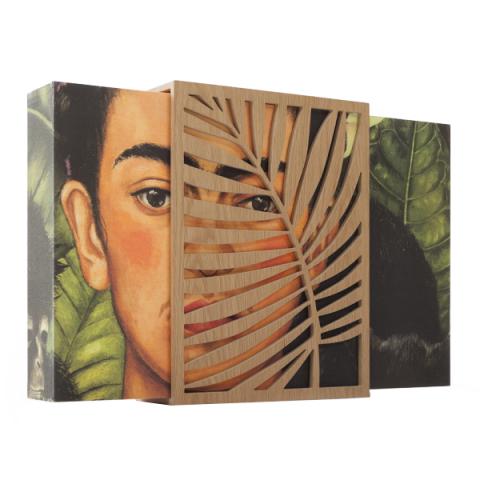 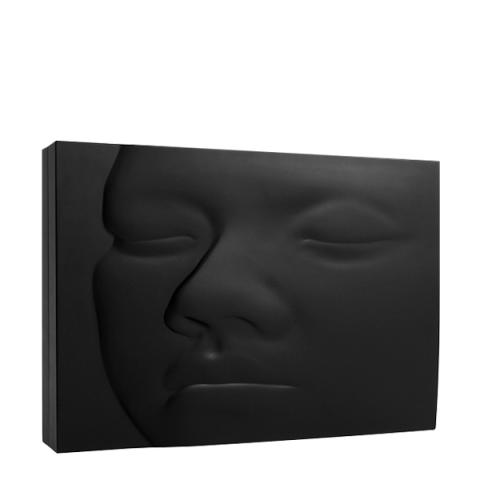 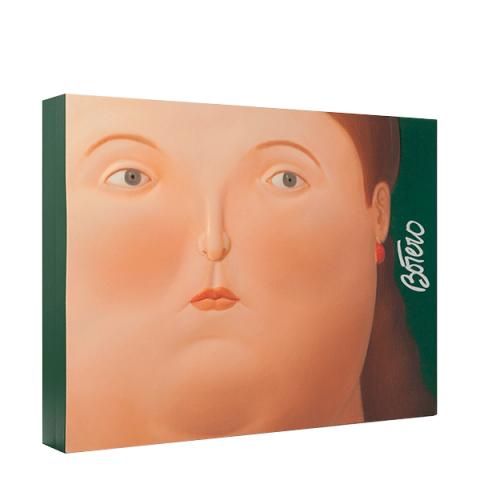 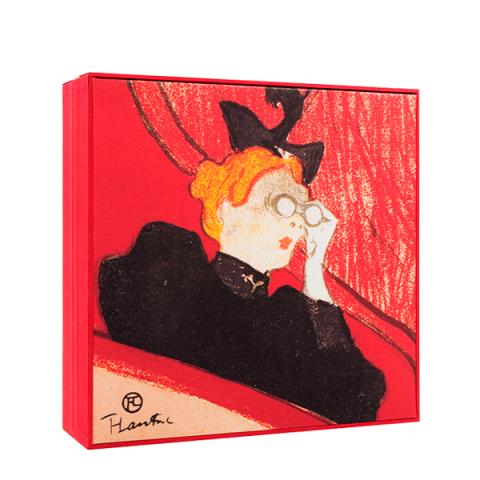 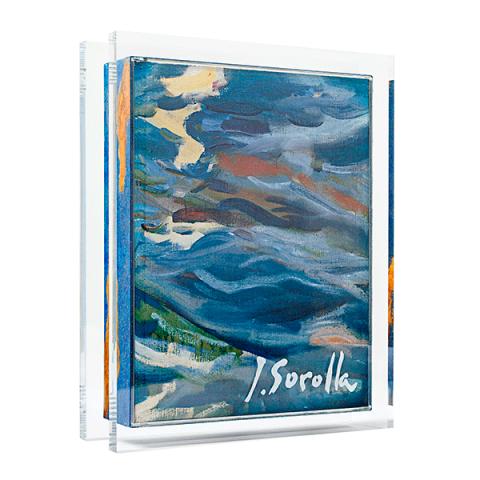